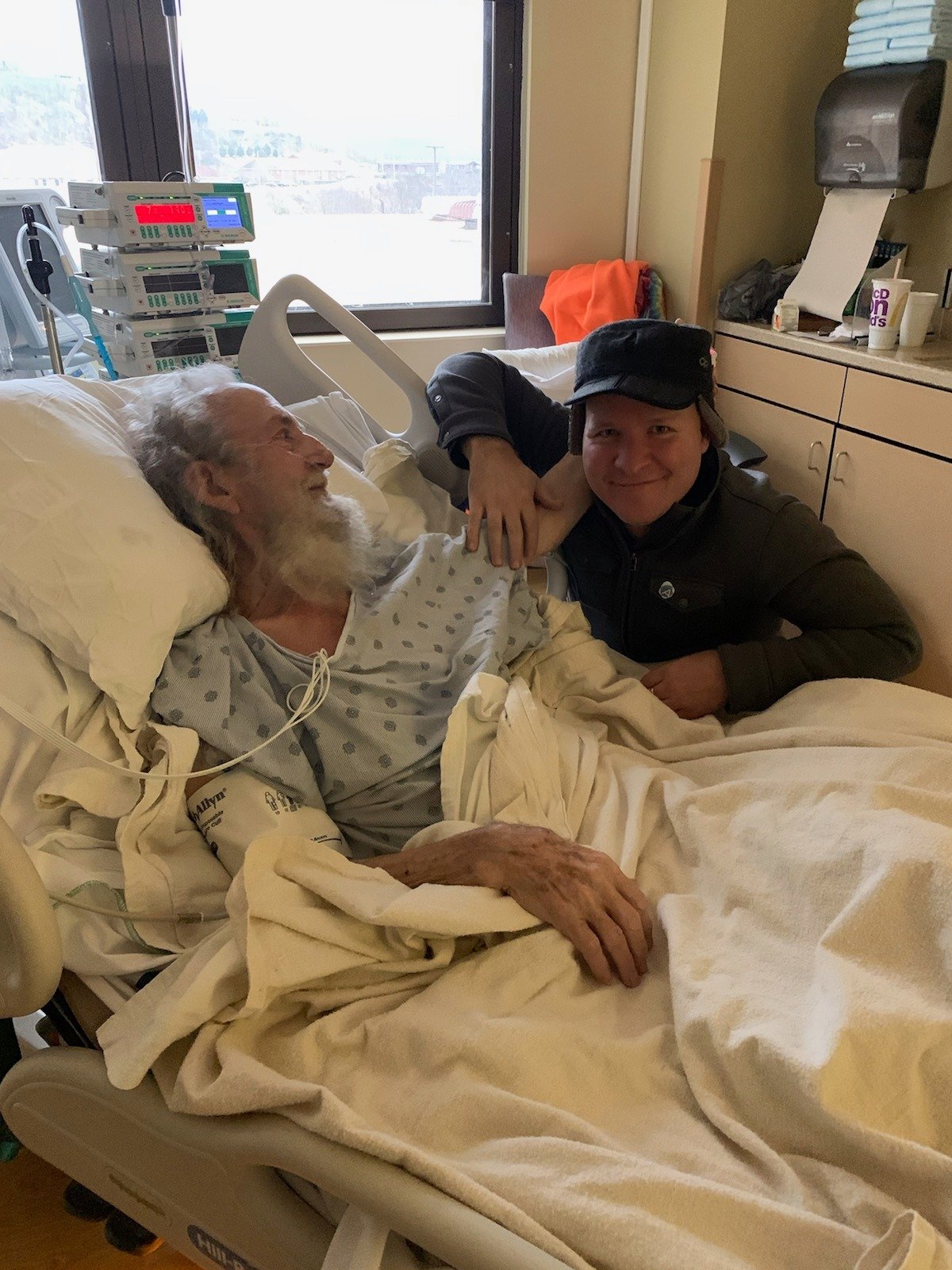 I have a dear friend who is in a version of hell right now. She didn’t realize this until she noticed that as she lay in bed at night attempting to sleep, she did so with clenched teeth. Her fear of not having healthcare keeps her terrified and living in a virtual hell. She’s worried that at any moment she or her husband will get sick and they will lose everything they have worked their entire life for.

Sit quietly for a minute and ponder on this. Maybe you have similar fears or other ones that are equally consuming.

Should a human being be forced to live in such fear? As a society how can we let friends and neighbors be tortured in this way? The fear of losing everything because of a health issue is not a republican or democrat issue. Instead, it’s a Have or Have-not issue. If you have (money, access, influence, etc.) you do not experience the fear of losing everything over simple basic needs, but if you have-not, you live with this constant awareness and fear.

Whatever your political affiliation, if you do not believe in taking care of your fellow human beings, you have gotten too lost in your head to know right from wrong or up from down. What will it take for us to consciously come together and understand that we are all one and the same? To understand that, as a society, we are only as great as our lowest individual?

Considering this, and reflecting on how as a society we understand the distribution of wealth and access, it makes me smile when financially poor friends of mine get upset when I talk about the possibility of everyone in the world being taken care of with healthcare, education, and money to support a just and sustainable lifestyle.

“Everyone should work for what they get!” They quickly respond…

Yet, millions of others who are born into this world also never work. However, they are born with millions in their bank account and thus it is different. They shuffle some things from here to there and become a Trump, or an Al Gore, or a Kardashian, or a number of other beings that have never truly worked for anything. Not in the way that my poor friends are thinking anyway. However, my friends hardly ever get upset that these folks don’t have to work.

Is it fair that some humans are born with a lot of green in their pocket while others only have coal dust and lint?

If we look at economic structures through Game Theory, what would fair look like (or not look like)?

Consider basketball, would it be fair if we gave one team 20 points and the other team 0 points before even tipping the ball? If this were to happen the lower pointed team (and fans) would riot…

Yet it happens every day in hospitals. Hospitals in prosperous areas (maybe on the Upper East Side of Manhattan) where a baby is being born at this very moment and starting this game of life with 20 points (i.e. millions of dollars) on the scoreboard. At the same moment in hospitals in less prosperous areas (maybe Hazard, KY) babies are being born with little or nothing to begin this same game. Somehow, the thought of a riot never comes up in this situation…

It is. At least from the perspective of the current game we are playing. In this game, the Haves get to play the game and make as much money as possible and then give all this money to their children to then make even more money. In the same game, with little to no instruction or understanding of the rules, the Have-nots are immediately lost and scrambling to make sense of it all.

Yeah, that doesn’t seem fair at all! So why don’t we change the rules to make it more fair??

Because it’s a game! And in this game, it’s a dog eat dog kind of world. The winners are screaming “Play ball!” while the losers are trying to figure out how to freebase one pill to another in an effort to get a better high and thus find an escape from this so-called game.

In any game, if you get an edge (like the Haves do) you better damn sure take advantage of it. The Haves know this and don’t want to lose their edge. They know that all games, at some point end. They want the current game (that they are winning handsomely) to go on as long as possible, so they devote intense time and effort into convincing everyone that the game is fair.

Not only because the Haves are positioned to be the best players, but because they are also the Rules Committee for this game. You may think this isn’t fair, but it actually is. Because at birth, in that shiny hospital overlooking Central Park, each baby is stamped. Whether it be as a doctor or lawyer, a senator or representative, a banker or president, a supreme court justice or whatever… they are stamped. They are stamped as the kind of people that should be on the Rules Committee for this current economic game.

This is different from the babies born in Hazard (in the hospital overlooking the strip mine). Here, the Have-nots are stamped as pillheads or pillwhores, drunks or drug dealers, no-doers or repeat offenders, the abused or abusers of the system.

Thus, in the current game, the babies that begin the game with 20 points and are stamped in the nicest hospitals are likely going to be on the Rules Committee. If, on the other hand, you’re born with nothing and are stamped as a pillwhore it’s unlikely that your name is even going to come up for consideration. I’m sorry, that’s just how it works.

So, if the current winners of the game are also the Rules Committee, what’s the chances of the rules ever being changed to really help the Have-nots (and thus not making them want to OD on pills)?

If you study Game Theory, you know it’s not likely.

I say all of this with love in my heart for both the Haves and the Have-nots.

None of the individuals in these groups asked to be where they are today, as both are simply playing the hand they were dealt.

So, how do we fix this game that is inherently unfair but has structurally been set up to continue as long as possible?

The first step in fixing this game is to understand that there are actually no Haves and Have-nots. We are all the same. Brothers and sisters who are confused by this game of life.

We all need help. In this moment, the key is for each of us to have compassion for everyone, to work deeply on ourselves, and to then create a whole new game that is more fun for all to participate in.

The point of Artemes is to create a fun new game.

What rules would you want to have in this new game??

2 thoughts on “Is This Game Fair?”